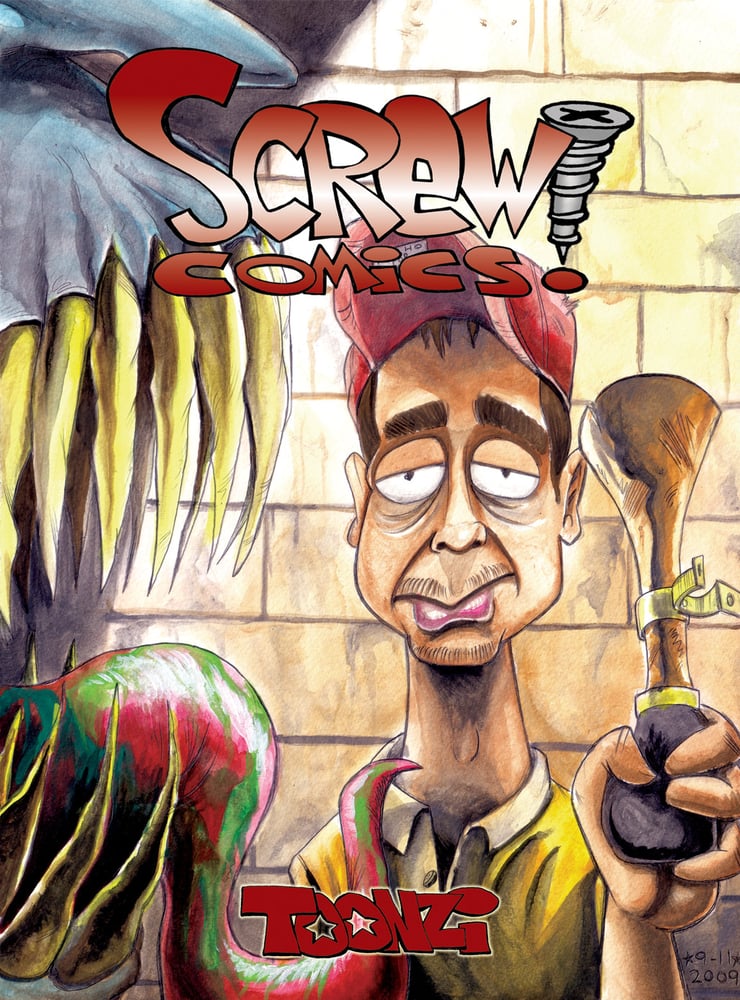 The very second issue. My most offensive comic yet, and it features 2 short stories, and a ton of mini-comics:

In this book we get the full story on General Summer Solstice in "My Father's Legacy"; as she heads for the final showdown with the evil empress we see flashbacks of her father's career as the general, as well as uncovering a hidden plot to overthrow the republic. It's an action packed journey as Gen. Solstice squares off against ace pilots, masked fighters, even serpent-headed super-soldiers - the next wave of lethal enforcers for the new regime. It's a fantastic tale of a family bond, loaded with action, suspense, plot-twists, and of course allegorical undertones of today's society.

And the cover story: The Haunting of Adolfo the Paleta Man; we meet Adolfo, a down on his luck popsicle salesman who's going through the worst divorce, and is getting downsized at his already-menial job. Upon his demotion he uncovers an old paleta cart that houses a demon; not just any demon, but one that eats whatever you tell it to and leaves no evidence. Things start to look up for Adolfo, but in using his new found power how far is too far?

All that plus more Snippets, a Mervil Comic, the Hot Heads, and a tragic tale of an Iraq veteran! It's all here!