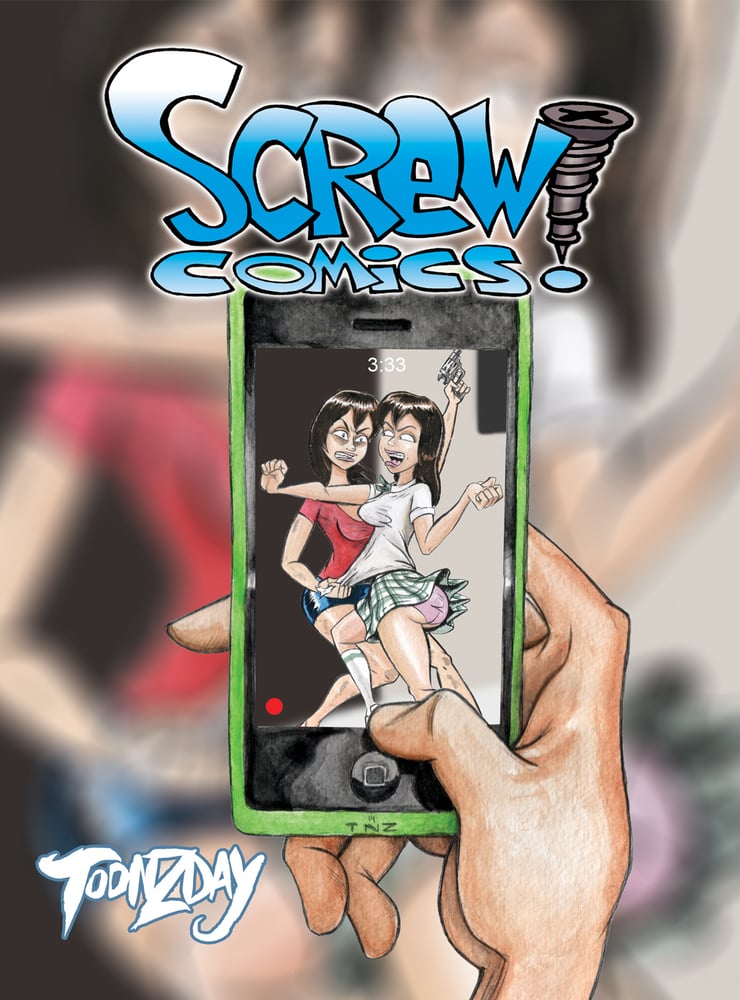 The latest and greatest helping (94 pages) of comics, gags, and tales from Jarrod L Perez, or ToOnzDay, to date!
The first story is about everyone's favorite innocent, goody-goody school girl PJ. After she sabotages her best-friend Judy's prize-winning science experiment, PJ, Judy, Gizmo and an unlikely neighbor accidentally get whisked away to an alternate universe where nothing is at all the same, including it's citizens. One by one each person discovers their alternate self, including PJ, who finds in this new world she's a smart-mouth, promiscuous, high school dropout who's looking to make a better life for herself. When 'Alterna-PJ' finds out where her double came from and how easy her life is in another world all it takes is a gun and some cold-blooded determination for the real action to start. All the gang has to do is fix the machine that took them there to get home, but PJ and Judy will have to fix their friendship if they're to get home alive. 'Heavy Duty Judy & the Two PJs' is an epic sci-fi tale about friendship, loyalty, and the harsh realities of poverty and privilege.
The other big story is autobiographical and stars Jarrod and his friend Marcus as they land in Denver, Colorado. On a 3-hour layover the two decide to venture out into Denver to try and buy some legal weed. Enough said!

Mini comics include the Origin of the Modern Day Link Hat, Nietzsche with a Pizza, In the Mind of Creepy Burglar (true story), a dedication to a late Grandmother, I Fucking Love Science, Revenge of the Blunt Master, and We Want Wings! (a guide to the latest misogynistically named wing places). -PHEW!-